First off I’d like to say there has been a lot of talk about the upcoming beer tax and there are many interpretations of it.  The way we see it, taxes are going to happen, but this one seems to be putting a huge burden on the little guy.  It seems to us that it has the potential to stagnate our industry and the bottom line is as the cost of doing business increase so does the cost of a bottle/pint of beer.  The current tax seems fair, my understanding is its about $4.85 per barrel right now for Breweries producing under 60,000 barrels. If this passes that price will raise to about $21 per barrel, a giant increase.  Since the details are a little murky, we suggest you email your representative and express your concern with the upcoming tax and the effects it will have on the craft beer industry.  Again the details are a little murky, Washington Beer Blog has a couple of good posts about the tax.  We are sure if this passes it will effect our industry and urge you to voice your concerns.

We have a few events on the horizon:
First off every Tuesday in April we are tapping beers from the cellar, and I promise that this week we will be ahead of the curve and announce the beers before 5 pm, we are shooting for by noon.  We still have Dogfish 120 on draft as I write this and it was tapped on Tuesday this week.  We have a few sours that will make an appearance, and some stouts and other gems.  Stayed tuned here and on the book of faces for information. 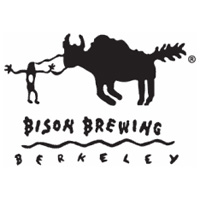 We have an upcoming Bison Brewing Event, Wednesday, April 17th. Daniel the owner and brewer will be in town and we thought it would be fun to put an event together.  We plan on having some food specials that will pair well with his beers.  We will be pouring 5 of his beers: Chocolate Stout, Honey Basil, Hop Cuvee(a new hoppy pale), Belgian Tramp (a quad with figs and dates) and Cocoa Bretta (a collaboration with Logsdon).  We plan having 3 food specials that will use and be paired with his beers.

Pike brewed a beer called the Morning After Pale, of which a portion of the proceeds will go to Planned Parenthood.  On Thursday, April 18th Pike Brewing will be on hand for a party here.  Please join us for this beer release.

On Thursday, April 25th @6pm we are please to be hosting the release of a new Washington Cidery, Schilling Company.  They will be bringing us 5 unique offerings, there will be glassware, and the owner’s will be on hand to talk and drink with you.  We have tried some of their first batches and really like what we have tasted.

As I am sure you are all aware, Seattle Beer Week, now in it’s fifth year, is just around the corner in May.  It kicks off Thursday, May 9th and runs through May 19th.  You may have already tried the Seattle Beer Week Beer brewed by Fremont Brewing.  Its a session Ipa, and pretty darn delicious.  We have a few events during the brewer’s week that is Seattle Beer Week.

Friday, May 10th UNDERBURG BACK IN BLACK STOUT FEST, we will have a minimum of 40 stouts on draft for your imbibing pleasure.

Tuesday, May 14th BEER AND BURGER BATTLE, this year there are 6 breweries invited to the party and we will be making burgers all day long not just after 6pm.  The formula is simple, we invite the winner from last year back to defend their title.  The idea is each brewery pulls some beers from their cooler and designs a burger recipe around a 1/3 to 1/2 pound beef burger.  Winner is decided by sales.  This year 21st Amendment is back to defend their title against contenders: Big Time, Maui, Double Mountain, Snipes and Green Flash.  We have most of the recipes already and they are looking really good.

Thursday, May 16th SOUR FEST, we tap about 30 sours from around the world for your imbibing pleasure.