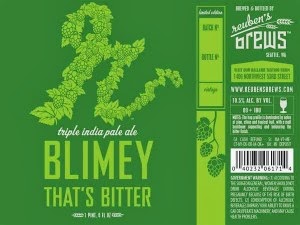 Soooo…we usually start events during the week at 6pm, and initially we were going to start the Hop Mob Triple Ipa event at 6pm too.  After more than a few of you expressed interest in the event starting earlier we reassessed and are now going to start the event at 3pm.  There will be no happy hour pricing on the Triple Ipa’s, there will not be flights available however in the interest of all of our livers we will be offering 6oz and 12oz pours of all 14 beers.  What follows is a list of the Breweries that are part of the event:
-Airways
– Bainbridge
-Big Time
– Black Raven
– Elysian
– Georgetown
– Naked City
– Pike
– Populuxe
– Reuben’s
– Stoup
– Spinaker Bay
– Strong Arm
-Two Beers
We are really excited about this event we hope you join us in celebrating Washington Triple Ipas.