We are very excited to host an event for Reuben’s Brews 2nd Anniversary on Tuesday, August 5th at 6pm.  We will be pouring:
Crikey IPA on cask
Kenya Cream Ale–Cream Ale with Coffee
Imperial Ipa
Balsch
Irish Stout on Nitro
Please come downshow your support, hoist a pint or two for this awesome Seattle Brewery, Adam and the crew will be in attendance. 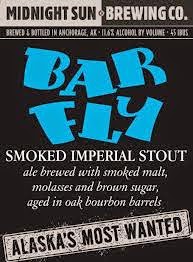 Thursday, August 7th at 6pm we will be hosting a re-release of Midnight Sun Barfly Smoked Imperial Stout, as well as pouring a few other offerings from this Anchorage Brewery.  This is a rare opportunity to taste this delicious beverage.

Here’s what Midnight Sun says about the beer:

First brewed as part of our 2010 Pop Ten Series, BarFly was added to our Alaska’s Most Wanted line-up in 2014. Bourbon barrel-aging requires a long leisure so this beer is not on a set schedule but we hope to get a batch out about once a year.
Availability:
AK – 22-oz bottles and very limited draft (Summer 2014)
WA, OR, CA, NY – 22-oz bottles (Summer 2014)
ALASKA’S MOST WANTED
Midnight Sun crafts some of the most sought-after beer in the world. This ongoing and ever-growing line—called Alaska’s Most Wanted—includes creative successes from our themed beer series as well as amazing one-offs. The beers in this line-up will be produced and released as time and tank space permit but they will be repeated.
We hope you love our extra special brews as much as we do. A gracious thank-you to our long time “every weather” fans for years of love and support. And an open-armed welcome to the new aficianados who are just discovering our very characterful beers. 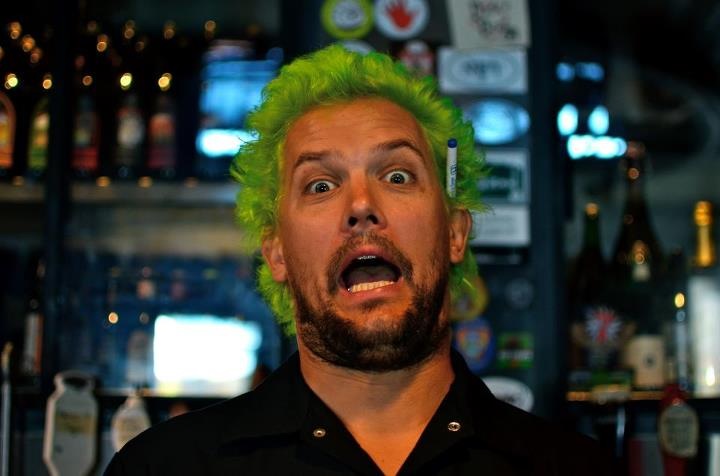 You like hops?  We like hops…this year we are changing up the format of Hopfest, we moved the date a little further back in to October.  October 8th- 11th, to be exact, in an attempt to get more fresh hop beers.  We are going to plan on having a rotating cast of 20 fresh hop beers on draft as well as a few other hoppy beers throughout the entire time.  We hope you plan to join us each day, as we get a better idea of exactly what we will have on hand we will keep you posted.