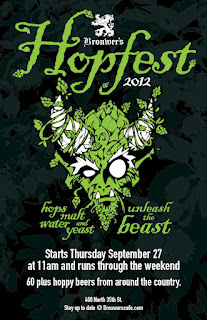 Hopfest is just around the corner.  Our cooler is starting to fill up with delicious hoppy beers.  We are hoping to have a wide variety of Fresh Hop beers in addition to the Imperial and Double Ipas. Here is a short list of what we already have:
Big Al Hop Soup
21st Amendment Hop Crisis
Russian River Pliny the Elder
HOD Blue Dot
Dogfish Head 120
Evil Twin Femme Fatale Brett IPA
Mad Viking Stingray Imperial
Emillese Black IPA
Southern Tier Gemini
New Belgium/Alpine Super IPA
Green Flash Imperial IPA
Just to name a few…the hops are being harvested as we speak and most of the brewers have started brewing with them…now all we had to do be patient.  We look forward to seeing you for Hopfest. 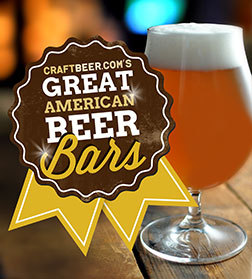 Have you heard?  Right Craftbeer.com is having their Best Craft Beer Bars contest and we are in the running.  Please follow the link and vote for us.