Lagunitas Brown Shugga is back!  We will be hosting the release party Wednesday, October 24th @6pm.  We will be pouring the first keg of Brown Shugga in Washington, along with Hop Stoopid. Maximus, and Daytime( their session pale ale).  We are happy that they had room in their production schedule to get this beer back in the rotation. 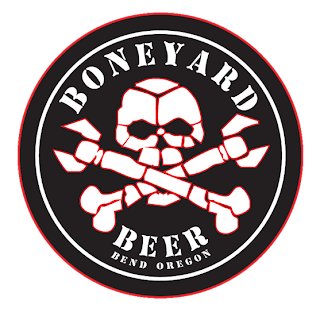 Then on Friday, October 26th at 6pm Boneyard Brewing, from Bend,OR will be joining us for the release of Alias(a pale Wheat beer).  Alias is a collaboration with John Harris formerly of Full Sail.  We will also have Armored Fist Imperial Black IPA, Hop Venom Double IPA, and Bourbon Black 13.  We hope you plan on joining us.

Then its time to celebrate Halloween, we have been putting the finishing touches on two different events.  Event #1:  Saturday, October 27th DJ starts at 8pm.  Fremont Brewing, 21 st Amendment and Laurelwood join us for a the night.  Best Costume wins a Kegerator!  Costumes will be judged at 11pm.  There will be other give aways as well.  Fremont will be pouring a special Hazelnut Imperial Stout and Whiny Brother ( Brother Double Ipa aged in a Merlot barrel) as well as a few others, 21st Amendment will be pouring Fireside Chat, Zambo Imperial Red, and Churchyard Imperial ESB, and Laurelwood will be pouring Workhorse IPA, Moose and Squirrel Imperial Stout, and Stingy Jack Pumpkin ale.  This will be a really fun evening.

Event #2:  Halloween evening, October 31st.  Big Time (Unicorns) vs Gigantic (Ninjas) vs New Belgium (Pirates).  All 3 Breweries will be spinning their own music, and there will be shwag available for those that show their support for their Brewery by dressing up in a costume associated with their brewery.  The event kicks off around 6pm and the costume judging will be between 9 and 10.  Come out and show your support, or just dress up and come drink some great beers.  We might have a special New Belgium Sour, Big Time Hopgoblin will be here (their pumpkin beer) and Gigantic always pulls out all the stops.  We hope your choose to join us.