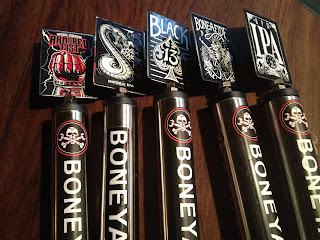 Tonight at 6pm Boneyard Brewing will be joining us for a brewers night.  This will be the official  release,  in Washington,  of  their collaboration with John Harris, Aleias India Wheat Ale.  We will also be pouring Hop Venom IIPA, Bourbon Black 13, Armored Fist CDA, and RPM IPA.  Please plan on joining us. 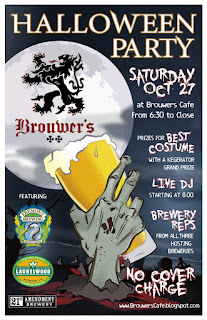 Halloween is coming, for those of you celebrating it Saturday night we have an amazing night planned.  We partnered with Fremont Brewing, 21st Amendment and Laurelwood Brewing on this event.  We will be giving away a kegerator for Best Costume as judged by the brewery representatives,  so get creative!  Who doesn’t want the ability to have draft beer on in their own home!!  We will also be pouring some delicious beers, from Fremont Brewing we will have Whiny Brother IIPA (double Ipa aged in Merlot barrels), Abominable Winter Ale, Interurban IPA,  Darkstar Imperial Stout with Hazelnut, Oak, and smoked peppercorns on Nitro. We will also have a special IPA on Firkin from Fremont.  From 21st Amendment we will be pouring: Fireside Chat, Zambo Imperial Red, and Churchyard Imperial ESB.  From Laurelwood we have Stingy Jack Pumpkin Ale, Workhorse IPA and Moose and Squirrel Imperial Stout. There will also be a DJ, it all starts at  6:30pm….This night is going to be awesome! 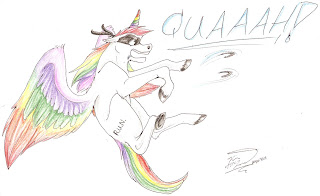 Halloween Event #2:  Halloween evening, October 31st.  Big Time (Unicorns) vs Gigantic (Ninjas) vs New Belgium (Pirates).  All 3 Breweries will be spinning their own music, and there will be shwag available for those that show their support for their Brewery by dressing up in a costume associated with their brewery.  The event kicks off around 6pm and the costume judging will be between 9 and 10.  Come out and show your support, or just dress up and come drink some great beers.  We might have a special New Belgium Sour, Big Time Hopgoblin will be here (their pumpkin beer) and Gigantic always pulls out all the stops.  We hope your choose to join us.