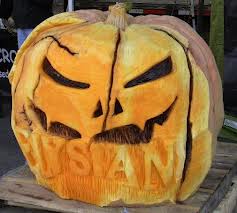 It’s a fact, pumpkin beer is here to stay.  What started as an idea and a small festival at Elysian Capital Hill has grown in to a gigantic 75 beer celebration of all things pumpkin at their Georgetown Production facility attended by over 4000 people.  Each year these beers come out earlier and earlier, this year I found myself having to order pumpkin beer in mid to late August.  Since August is not when we really want to wet my whistle with thought of fall, we planned a bit ahead and squirreled away some pumpkin beer so that we could serve it to you at a later date.  Well that later date is upon us, and we have an event that we have dubbed The Mini Pumpkin Road Show.  It has started to rain, it feels like fall, we are turning the clocks back, and since we thought ahead we still have some pumpkin beer to share with you for the holidays.  On Wednesday, November 21st (the night before Thanksgiving)  at 6pm we will have at least 10 pumpkin beers on draft and probably one cider. We will be pouring Timmerman’s Pumpkin Lambic, Naked City Boo Radley, Southern Tier Pumking, Howe Sound Pumpkineater, Fort George Druken Punkin, and a handful of beers from Elysian including, Blight, Night Owl, Great Pumpkin, and Dark o the Moon.  We welcome you to come on down and enjoy some pumpkin beer and food before you spend the day with your family over indulging. 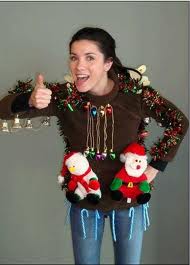 It’s that time of year again. The Firestone Walker Ugly Sweater Party is Friday, November 23rd.  It starts at 2pm, we have put together some nice prizes for the Ugliest Sweater.  Prizes will be given away throughout the day, and the major prizes will be announce between 5 and 6 pm that day.  We will be pouring 10 different draft options from them including but not limited to: Union Jack, Pale 31, Double Jack, Wookey Jack, Double DBA, XVI, and some other yet to be determined options, that will not disappoint.   What better way to recover after the holiday spent with your family.  Guys send the woman shopping, put on your ugliest sweater and come join us.

One of our favorite festivals happens to be in the first week of December, Bigwood, our celebration of all things wood aged from Sour to Stout.  Starting December 6th at 11am and running through the weekend.  We will have more about the exact draftlist in a week or so, please stay tuned.