On Wednesday, February 13th @6pm New Belgium we will be hosting a New Belgium Lips of Faith evening.  We will be pouring Trip XV(a beer that our Matt Bonney and Jesse from the Apex in Portland designed.) A buckwheat, dandilion, date sugar, black saison,  using an Orval yeast, Heavenly Freijoa Tripel, a Feijoa/Hibiscus Tripel made in collaboration with Dieu De Ciel, Cascara Quad, an ale brewed with date and has coffee cherries added, La Folie, Shift, and the Imperial Choc Coffee Stout. 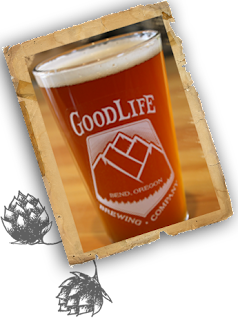 On Thursday, February 21st at 6pm we will have Goodlife Brewing from Bend in the house.  They will be pouring Descender IPA, Sweet As, Pass Stout, 29er Brown, and hopefully their IIPA.

On Wednesday, February 27th at 6pm we will be hosting an evening with Upright Brewing from Portland.  They will be sending some of their usual suspects like Six and Seven.  They will be bringing some of their lesser seen beers in this market like Spollen Angel( tripel), Blend Edmunds ( a blend of barrel aged fruit beers) and Chocolate Stout.  We are also working on getting some other options, but have not had any confirmation on the possibility of that..we will keep you posted.

Everybody’s favorite weekend, Hardliver Barleywine Festival is March 23rd@ 11am and 24th.  We hope that you are prepping your liver as we speak.  We plan on getting the list in front of you sooner than later.