We cordially invite you to pull out your calenders and mark them with all these upcoming events:

One or our favorite new breweries, Reuben’s Brews, is turning 1 and we thought it would be fun to throw a party in their honor.  On Monday, August 5 we will be pouring some 4 draft beers to celebrate their anniversary, an Anniversary Session Pale, Rye IPA, and Roggenbier and one yet to be decided upon option as Adam is looking around to see what he has available. 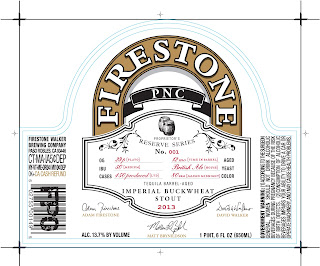 –> Thursday, August, 15thFirestone Walker PNC #3 launch.  The PNC or Publicans National Committee is a small group of select craft beer bar owners that includes Tornado, Falling Rock, Monks Cafe and Apex and our 3 establishments here in Seattle.  This beer will only be available at these fine establishments.  This beer is a Buckwheat Stout aged in Tequila barrels that comes in at 13.7%.  Bottleworks will be selling Bottles and pouring draft all day, while supplies last.  Burgundian and here Brouwer’s will tap the beer at 11am.  We will probably have some other delicious Firestone options available as well.

August 30th was the day that the Great Michael Jackson passed, and we are in the process of planning a special way to honor his passing.  Weather it is buy putting special beers on draft or special bottle pours.  We might see if there is a way to play old episodes of the Beer Hunter.
September is a big month:
Tuesday, September 3rd6ish pm MFG Cyclocross Kick off party.
Washington CiderWeek  Runs September 5-15th
We will keep 8 draft ciders on draft, highlight our ciders by the bottle and our cider glass pours.
Tuesday, September 10th Logsdon Brewers Night.  5 draft options.  Hopefully we will have Peche n Brett, and one other rarer beer , we will also be pouring Seizoen, Seizoen Brett.  As soon as we have confirmation on the exact draft options available we will let you know. 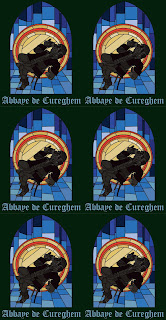 Saturday, September 14th Cantillon Zwanze Day.  We are honored to be hosting  this worldwide event.  We are one of 46 bars around the world that is tapping this  beer.  We are getting Cantillon Gueuze, and St Guilloze and are trying to amass 15- 20 other sour beers for this great day.  We are may dig in to the cellar and bring out some very rare bottle pours and limited bottles might be available for purchase, for in house consumption only.  We will not be selling tickets, we will be handing out numbers at the door based on your position in line.  Holding one of these tickets will mean that you will be able to purchase a 6oz pour of Zwanze. We plan on letting people get in get situated and then pouring the tickets for Zwanze in ascending order in a timely manner starting at 11:30.
Friday, September 20thSpeakeasy Big Matty Release.   A year or so ago when we hosted the re launch of Speakeasy here Matt Bonney the Operations Manager blended two beers and Big Matty was concieved.  Big Matty is a blend of Speakeasy Big Daddy, and their Triple IPA.  It is ¾ Big Daddy and ¼ Triple Ipa.  There will be brewery representatives on hand.
We are now finalizing Hopfest, we had scheduled it for October 3rd through 6th, but ran in to some scheduling conflicts so we are now making other plans, we should have a firm date by early next week.
BigWood, our celebration of all beers that have spent time in a barrel from Stout to Sour starts Thursday, December 5th and runs through the weekend.  Make your plans now.