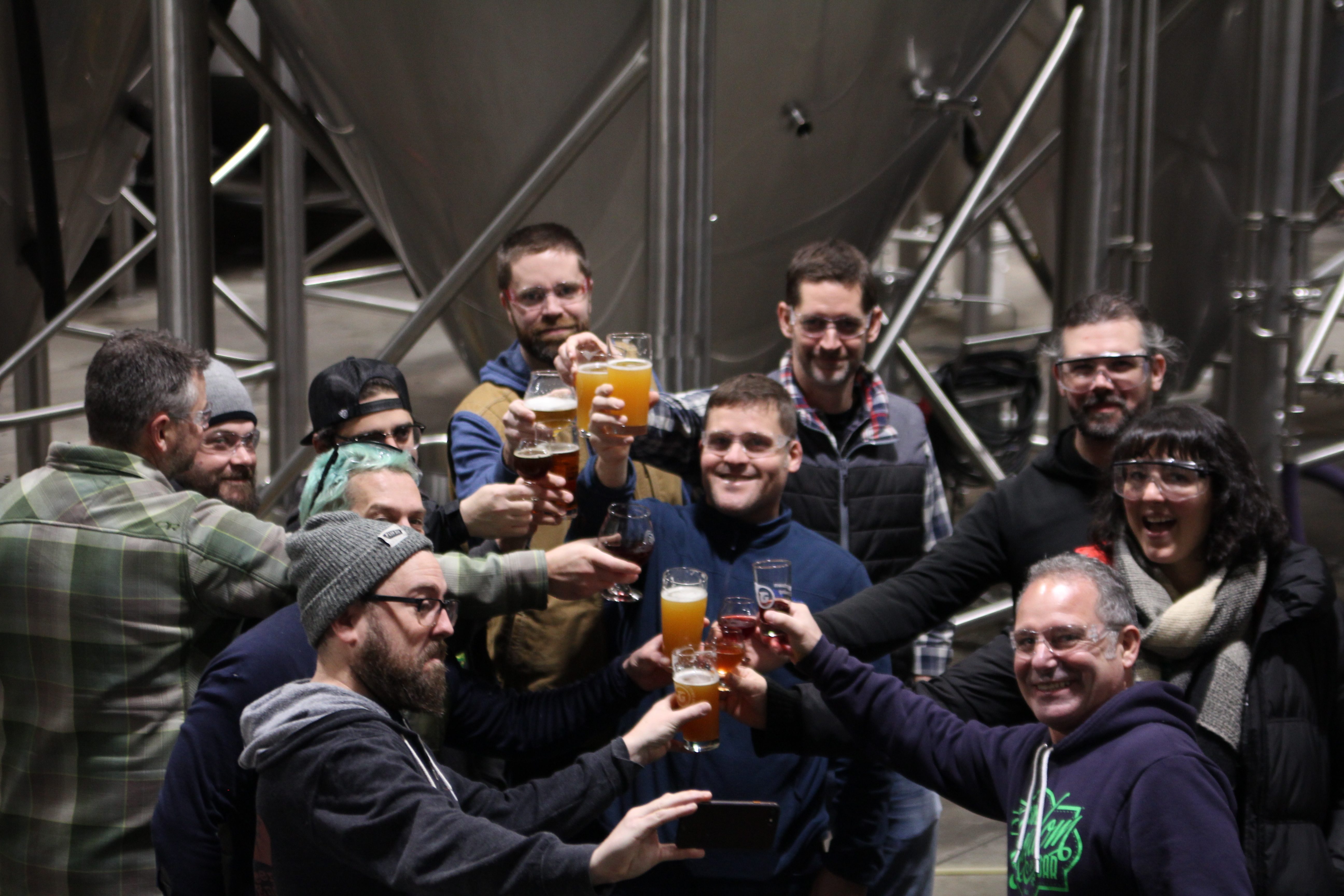 We are pleased to be a part of this group of awesome beer bar owners and operators. Boop and Beep is the result of one massive collaboration. Look for this beer on draft here and at the participating bars on January 29th. What follows is more info on the group:

January 6th was a good day for the beer community—The Seattle Beer Bar Coalition officially kicked off what will become a long and productive journey with a collaboration brew at Georgetown Brewing. The SBBC is made up of some of the city’s most well-known craft beer bars including Brouwer’s Cafe, Latona Pub, Bottleworks, Fiddler’s Inn, The Yard Cafe, Watershed Pub & Kitchen, Trailbend Taproom, Olaf’s, The Pine Box, Toronado Seattle, The Shambles, Beveridge Place Pub, Hopvine Pub, and The Dray.

The organization was created with several ideas in mind: to collaborate with our brewer friends; to create special beers for various charities; to meet and discuss the issues that affect our businesses; and to hopefully become a voice for the local beer industry from the unique perspective of craft focused bars.

Joining the many organizations that impact the beer industry including the WA Brewers Guild, the Seattle Restaurant Alliance, the Downtown Seattle Association and others, the SBBC plans to provide a different perspective and speak to issues related directly to the bars within the craft industry.

Collaborations are commonplace in the beer industry. The idea behind a collaboration beer is to meet, communicate on the elements of a recipe, be part of the brewing process, and help promote the strong sense of community that is unique to craft beer. Often these beers have a charitable nature to them, and in this case sales from Boop & Beep IPA will benefit the YWCA—a charity dear to Georgetown brewer Chris Bower and his family, as is reflected in the beer’s name, which is also of personal significance. The YWCA “is dedicated to eliminating racism, empowering women and promoting peace, justice, freedom and dignity for all.” The beer is a modern Northwest IPA with Columbus bittering hops in the boil and later additions of Strata, Citra and Mosaic. It will be released on January 29th at each of the SBBC bars and Georgetown Brewing’s taproom.

The members of the SBBC are excited to move forward, starting with the Georgetown collaboration and expanding their presence within the community. The guiding principle is to have a group of influential “beer bar folks” that will help navigate each other through some of the challenges facing small businesses. In the end, the organization is about celebrating craft beer and the community surrounding it, especially the amazing beer bars, neighborhood pubs and breweries that comprise and nurture it.